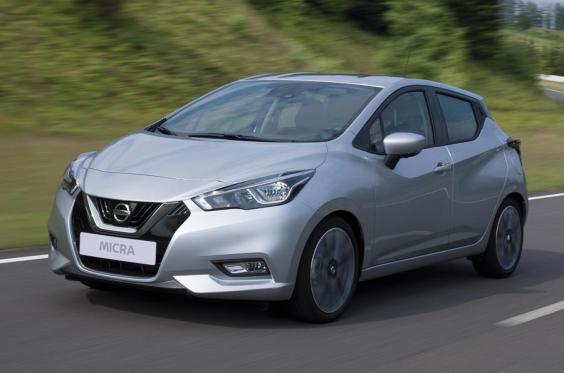 In the end of September 2016 at the international Paris Motor Show the Japanese automaker Nissan has fficially presented its five-door hatchback Micra of the next, fifth generation, whose harbinger, concept car Sway was shown to the public in March in terms of Geneva motor show.

With the change of generation the car has not grown in size and got compact turbo engines, but also changed the image having turned from a “modest Cinderella” in the “fashion city woman”. New generation Micra has become much smarter and acquired a mass of unprecedented in the segment «B» innovations. 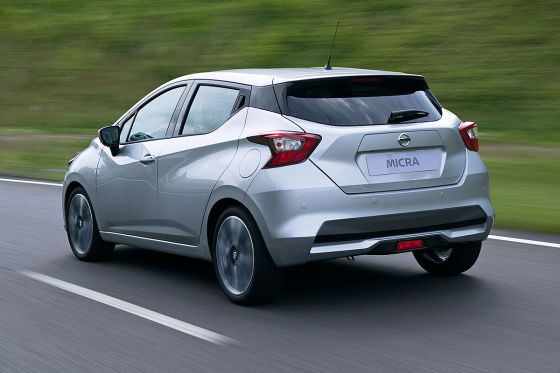 5th generation Nissan Micra draws attention with bright, expressive and quite aggressive appearance, which should be much to the taste of European customers. The novelty is listed in the B-class on the European classification: its length is 3999 mm, width – 1743 mm, and height – 1455 mm. The distance between the wheels fits into 2525-mm.

The interior design of Micra echoes the exterior design – sporty steering wheel with three-spoke design and a truncated rim, executed in the spirit of Nissan GT-R supercar, «elegant» instrument cluster and minimalist center console with a 7-inch monitor multimedia system and a stylish “climate”. 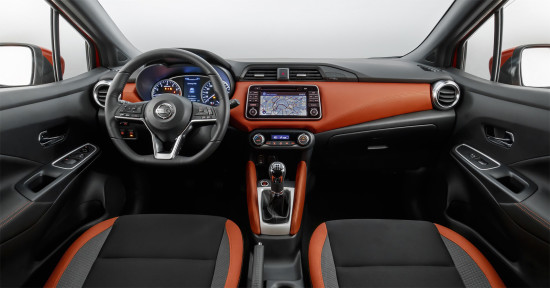 It is worth noting that in basic versions the interior looks rather modest. Finishing materials used in the hatchback salon are mostly cheap (with soft plastics in places, with which the driver and his passenger contact more often). Contrasting inserts body color on the front panel and seats added brightness to interior of the new Micra.

Front passenger can enjoy a comfortable fit thanks to the ergonomic chairs with pronounced sides and sufficient interval adjustments. But the rear sofa, in spite of correct profile would be cramped for tall passengers.

How roomy the luggage compartment of Nissan Micra is – the Japanese company has not yet disclosed, but noted that its volume will not cause complaints from the majority of European consumers. 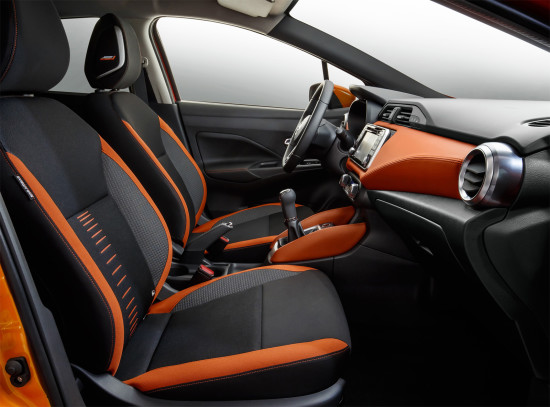 The five-door hatchback will be sold with one of three power units, coupled with a 5-speed “mechanics” (or a preselective 6-band “robot” for the diesel version). By default, the car is equipped with ventilated front and conventional rear disc brake, complemented with modern electronics. Steering complex consists of a rack and pinion and the electric amplifier.

For an extra charge customers may order Active Ride Control adaptive suspension, overwhelming pitching and control damping and the Active Trace Control system helping to overcome turns by selective retarding of the wheels in order to minimize the understeer. 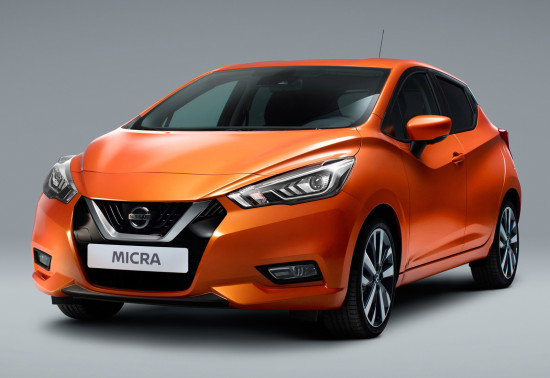