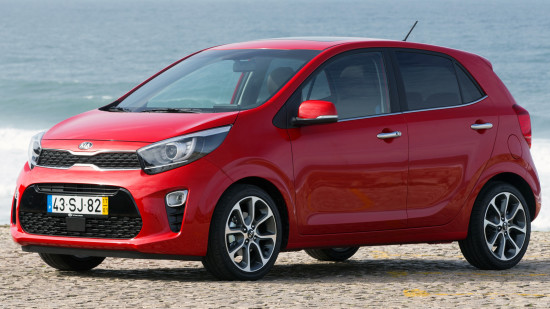 KIA Picanto – is a five-door hatchback referring to the European «A-class», which official public presentation took place February 16th, 2017. The 3rd generation KIA Picanto has lost a three-door body of the predecessor, “moved” to a new platform, enlarged in size and received modernized engines and new equipment.

Despite its compact size the third-generation Kia Picanto differs with beautiful, stylish and moderately aggressive view but at the same demonstrates quite recognizable proportions. For the first time in its history, the city-car got a “sport” version of GT-Line, executed based on the “older” GT-models. 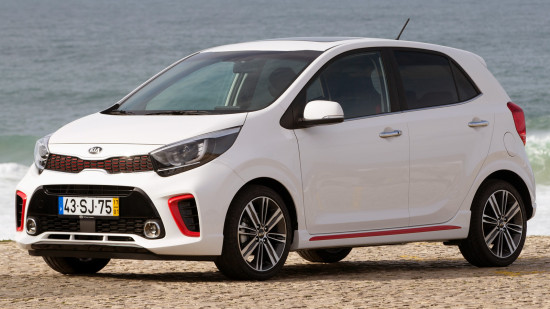 By its overall dimensions the 3rd generation KIA Picanto refers to the European “A-class”: its length is 3595 mm, height – 1485 mm, width – 1595 mm. The wheelbase of the five-door city-car does not exceed 2400 mm and its ground clearance fits in 141 mm. In the “battle” state this compact car weighs from 976 to 988 kg depending on the modification.

Inside the “third» Kia Picanto welcomes passengers with a European stout interior – it does not just look great but also differs with high quality materials and the level of assemblage. By default, the salon of the third Picanto is equipped with a full five-seater sofa back, and as an option – a four-seater. 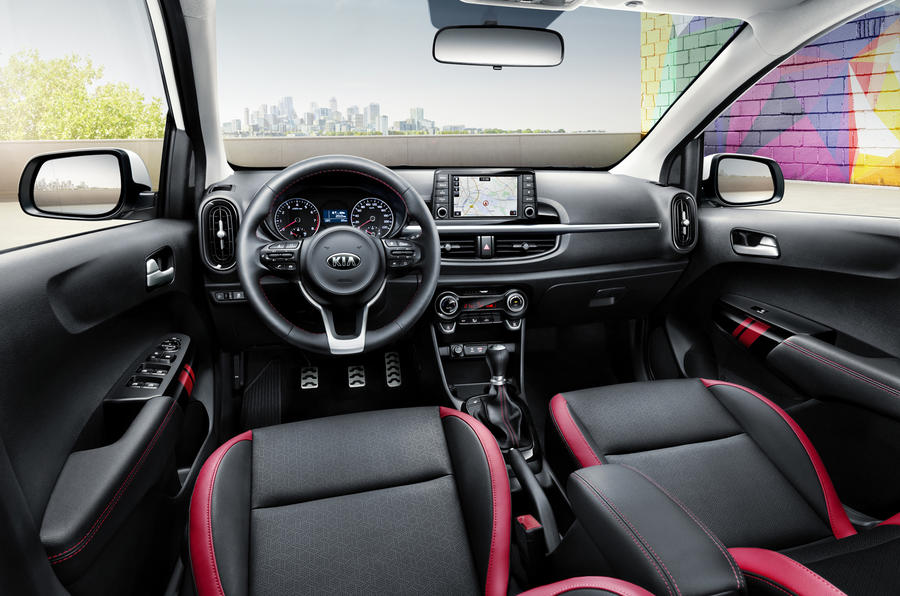 By the standards of the “A-Class: Kia Picanto provides a sufficiently large luggage space – 255 liters in the standard state. Its rear sofa folds with the floor in two unequal sections (“60:40” ratio) – increasing the amount of space up to 1010 liters. 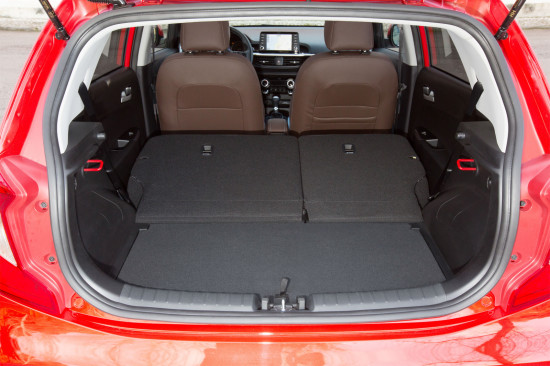 The novelty can be ordered with one of three petrol power units. All motors operate in conjunction with a 5-speed “manual” gearbox and a front-wheel drive transmission. Depending on modification the city car accelerates up to the first “hundred” in 10.1-14.3 seconds, reaching the maximum of 161-180 km / h and consuming no more than 4.4-5.4 liters per 100 km in a mixed mode.

The subcompact car can boast a high percentage of high-strength steels in the body structure – their share reaches 44%. The car is operated through the rack and pinion steering system with adaptive electric booster, and slows down due to the ventilated discs in the front and drum units on the rear wheels with ABS, EBD and other relevant electronics. 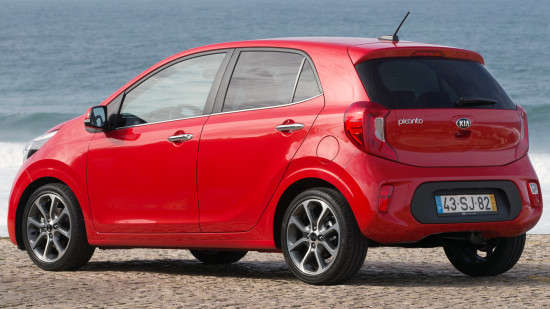 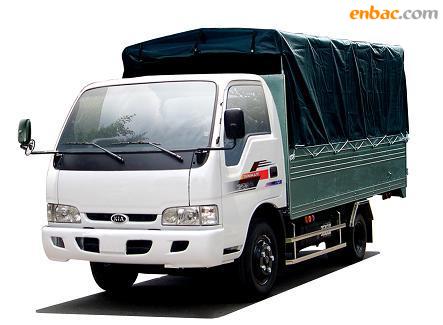