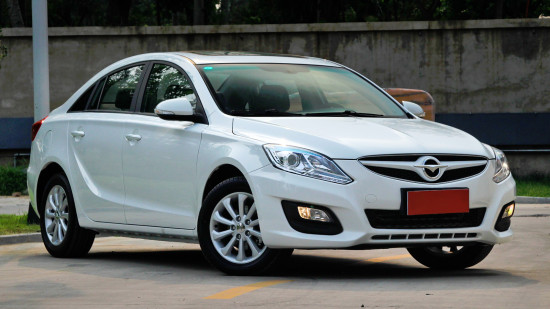 In terms of Shanghai Auto Show held In April 2013, the Chinese company Haima has exposed to public its new concept of a mid-size sedan called M6. Evenly two years later the three-volume model went on sale in China, and in mid-2016, it can proceed to with exploration of foreign markets.

Externally Haima M6 resembles a four-door Mazda 6 of the second generation, but does not replicate it. The car demonstrates an attractive design and harmonious proportions, underlined with contemporary lighting engineering of complex shape, sculptured bumpers and dynamic contours of the silhouette with a domed roof line. Expressive embossing pattern located on the sidewalls and pair of exhaust pipes integrated into the rear bumper add solidity to the exterior. 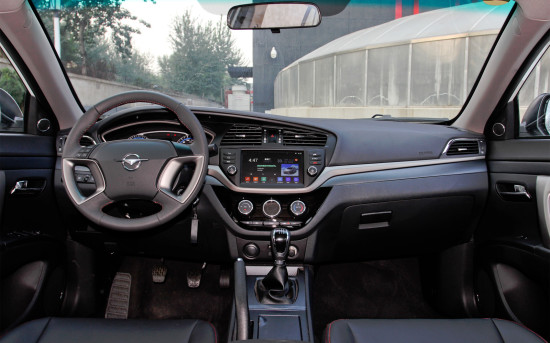 Haima M6 refers to a D-class according to European standards: Length of the sedan fits into 4700 mm, width does not exceed 1802 mm and the height is 1478 mm with a wheelbase of 2730 mm. The curb weight of the Chinese car equals 1435 kg and it draws on the roadway with 16-inch wheels.

The interior of Haima M6 seems quite interesting and original, with a claim for respectability. At the disposal of a driver – the four-spoke steering wheel with control elements and laconic toolkit with two dials and a 4.2-inch display of on-board computer.  A massive 7-inch widescreen of multimedia center stands in the center of the front panel, which nestles below a stylish block of climate system with a pair of “goals” and a monochrome “window” with additional buttons.

For the interior decoration of Chinese sedan only good quality materials were used – sturdy plastic, glossy inserts and cloth or leather upholstered seats. Front seats of Haima M6 are equipped with unobtrusive support on each side and a large variety of options. Second row passengers will seat on a comfortable sofa with lot of space in all directions.

Under the hood Haima M6 is set up with uncontested petrol engine – in-line “quartet” with 16 valves, direct fuel injection and a 1.5-liter turbocharger. It has the potential of 163 horsepowers at 5500 rev / minute and 223 Nm of torque generated in the range of 1800 to 4000 rev / min. By default thrust margin is directed to the front wheels by a 6-speed manual transmission.  A stepless CVT variator is offered for an extra charge. 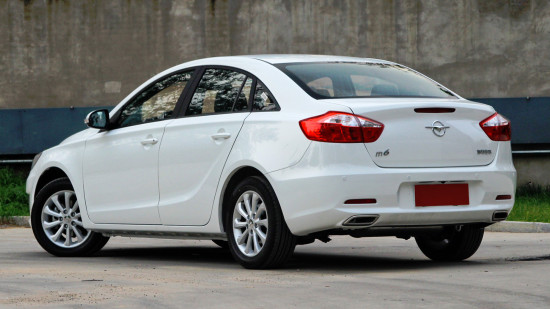 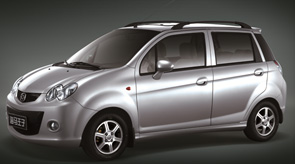