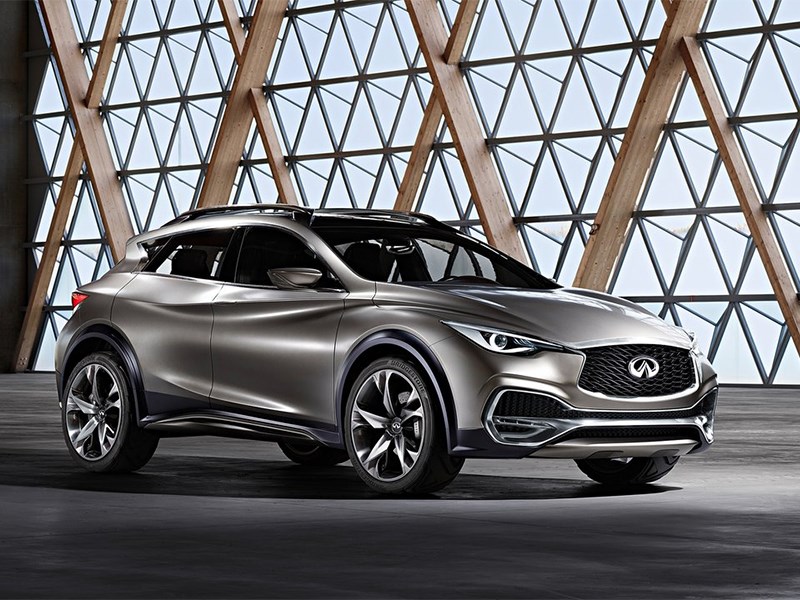 Within the Geneva Motor Show in 2015 the Japanese first demonstrated to public their new Infiniti QX30 crossover. The sales of Infiniti QX30 are expected to start in 2016, but even today the novelty attracts public attention, primarily due to its fascinating appearance.

Indeed, the new Infiniti QX30 looks quite attractive. Its streamlined and sweeping lines of the body one can catch the notes of audacity and courage of the Japanese samurai who is always ready to leap towards any trials. The exterior of Infiniti QX30 successfully combines together the smooth futuristic curves with integrated sports items and frilly stamps, which not only give originality and muscularity to the crossover, but also provide an excellent aerodynamics and additional downforce improving the stability of the vehicle on maneuvers. 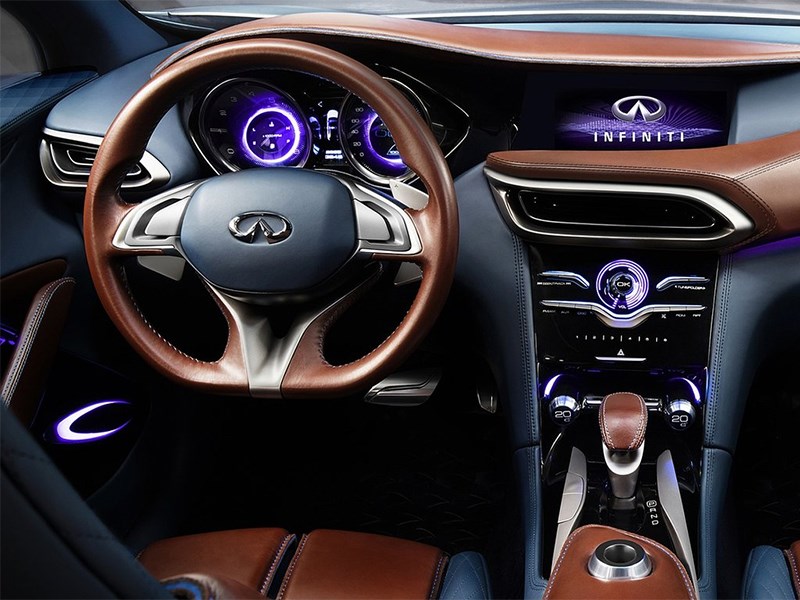 In terms of size Infiniti QX30 is a compact crossover. Its length is 4430 mm, width without mirrors is less than 1815 mm and height is 1520 mm. Meanwhile, as expected, the novelty will receive a very impressive ground clearance (clearance), equal to 192 mm. 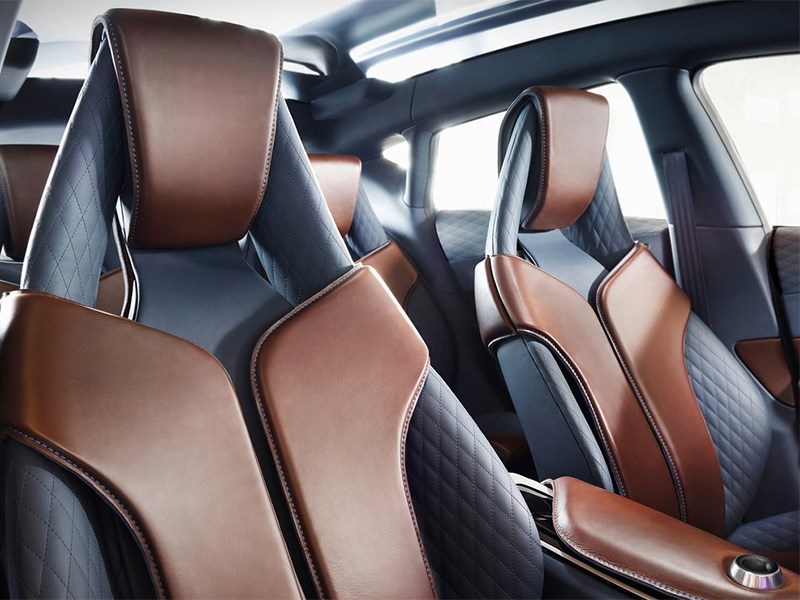 The interior of Infiniti QX30 is even more impressive than the exterior, featuring insolent, futuristic and bold nature. Its front panel, door panels and armchairs are practically deprived of the right angles and lines.  Such distinctive elements as tangled leather, plastic and metal parts together create an image of a super-modern youth crossover. The Infiniti says that the novelty oriented to young people – the target audience includes those who are “under forty”.

Serial Infiniti QX30will be built on the front-drive MFA platform with the front McPherson struts and a rear multi-link suspension with powerful lower arms. QX30 will be available with 2 basic engines: petrol and diesel German “turbo-fours” with the volume of 2.0 and 2.1 liters. 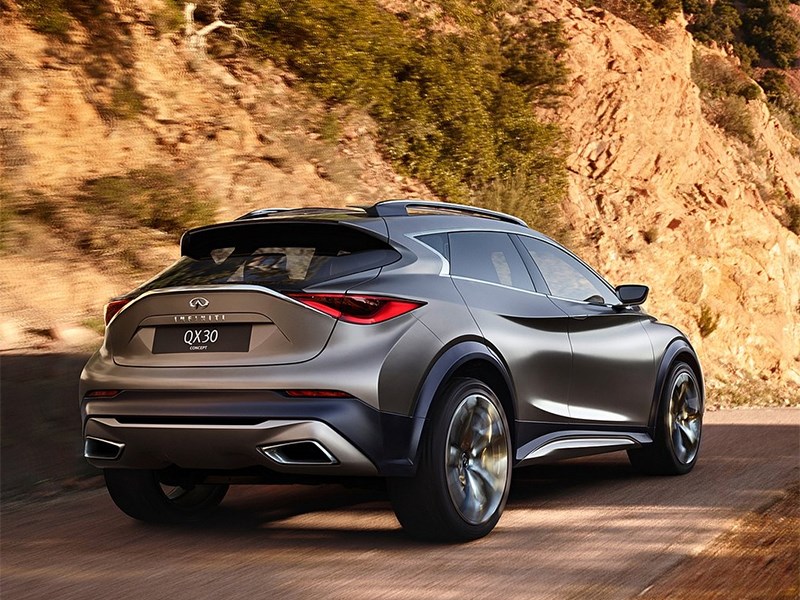 All the wheels of a crossover will have disk brake mechanisms, with the front ones ventilated. Rack and pinion steering mechanism will acquire novelties as assistant electromechanical power with variable gear ratio. According to the developers Infinity QX30 will receive only the four-wheel drive. 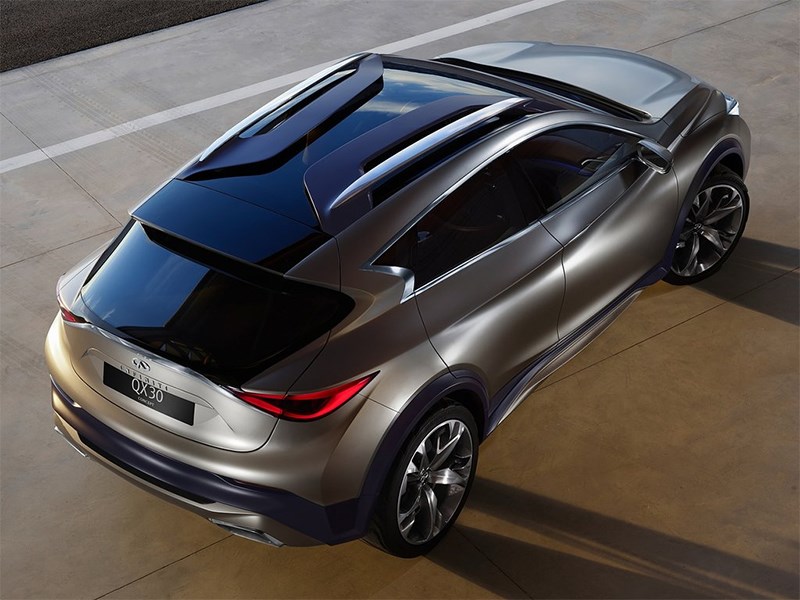 According to representatives of the Japanese automaker the price of Infiniti QX30 will be brought closer to the price of Audi Q3. The start of sales is scheduled for 2016. 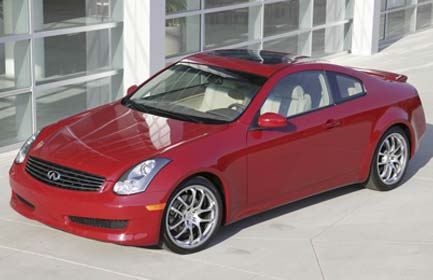