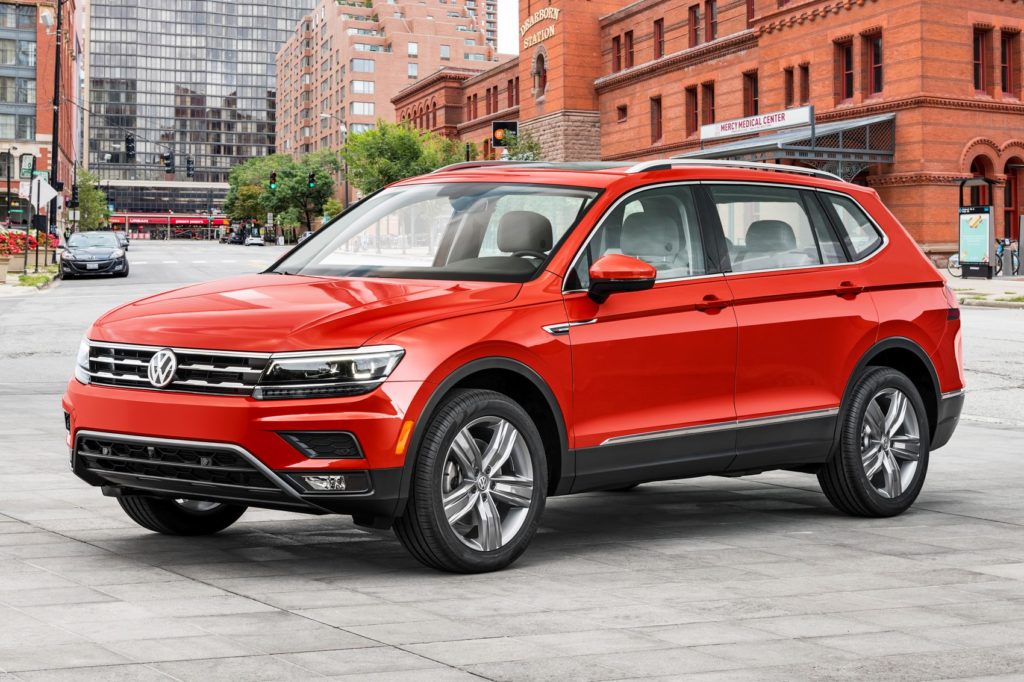 Volkswagen Tiguan Allspace is an expanded version of the German “compact crossover” VW Tiguan, offered both five- and seven-seat interior layout. Its full-scale world premiere took place in January 2017 on the stages of Detroit Motor Show.

Compared with its standard “brother”, the novelty has enlarged in size and got an optional third row of seats. As for the exterior, VW Tiguan Allspace is as close to the standard model as possible, though it has an increased wheelbase, larger rear doors, other roof racks and glazing. 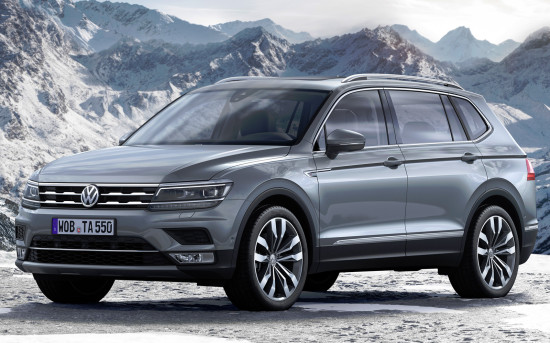 The length of the second generation VW Tiguan with an increased wheelbase reaches 4701 mm, and the distance between the front and rear axles extends to 2791 mm. The height of the five-door SUV is 1673 mm, and its width stretches to 1839 mm.

The Interior of the novelty was borrowed from its “elder brother” – the same standard wheelbase with no serious changes – same smart design, several modern widgets, impeccable ergonomics, high-quality finishing materials and comfy seats. 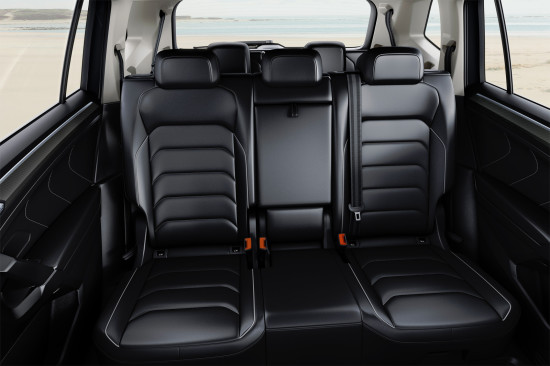 The second row of seats in Volkswagen Tiguan Allspace is “cut” into three sections (“40:20:40”) and is able to move along the slide forwards and backwards in the range of 178 mm. As an option, the third row of seats is available too, which can comfortably accommodate even adult passengers.

The range of power units of the long-wheelbase SUV is almost the same as that of the basic VW Tiguan. Gasoline engines are presented by 1.4 and 2.0 liter in-line TSI quads with direct fuel injection, 16 valves and turbocharging, issuing from 150 to 220 “stallions” and 250-350 Nm of torque. The diesel palette is represented by 2.0-liter four-cylinder TDI units equipped with Common Rail system and a turbocharger, delivering 150-240 “horses” and 340-500 Nm of torque. 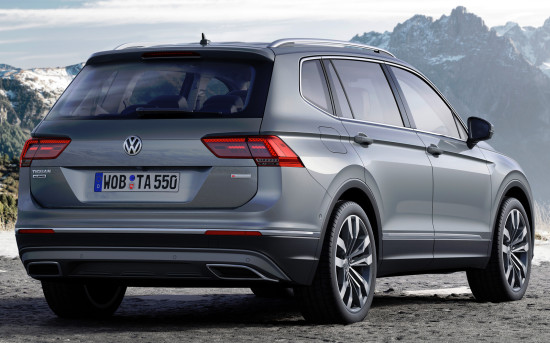 The novelty is equipped with either a 6-speed “mechanics” or a 7-step DSG “robot”, front axle wheel drive of the AWD system 4Motion and Haldex multi-disc clutch, sending the power to the rear wheels.

In the European countries Volkswagen Tiguan Allspace will go on sale in the fall of 2017 and will be offered at a starting price of around 30 thousand euros. The new SUV will be presented in the same configurations as its standard “brother”, and will not receive substantial transformations in terms of equipment. 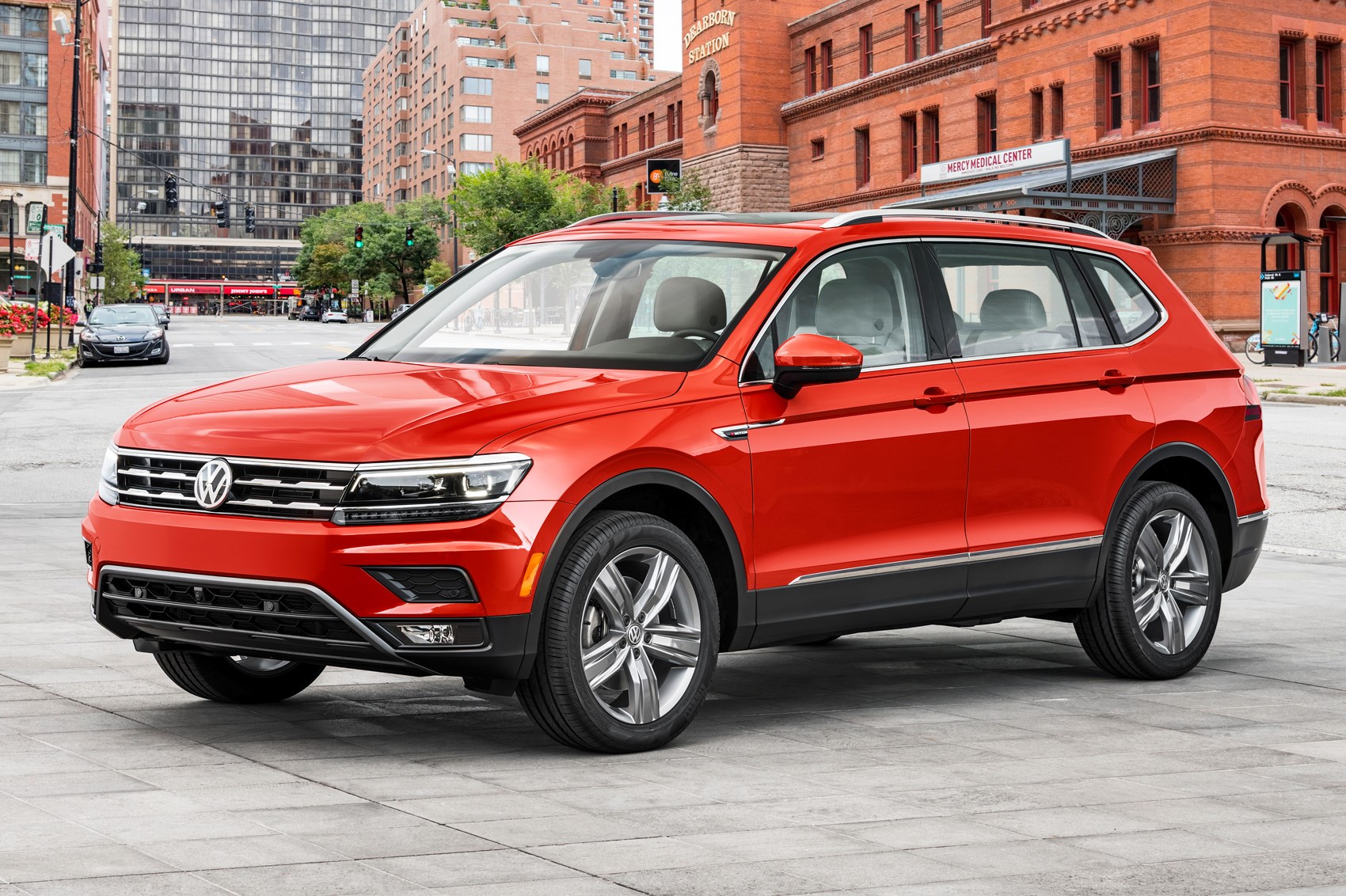